This post goes in reverse order, rather than starting with something abstract and progress towards the results, I start with those things that may be useful for you independent of the scalesmall experiment. Then I will slowly move to the big picture, the applicability of the useful bits in scalesmall and the rationale. 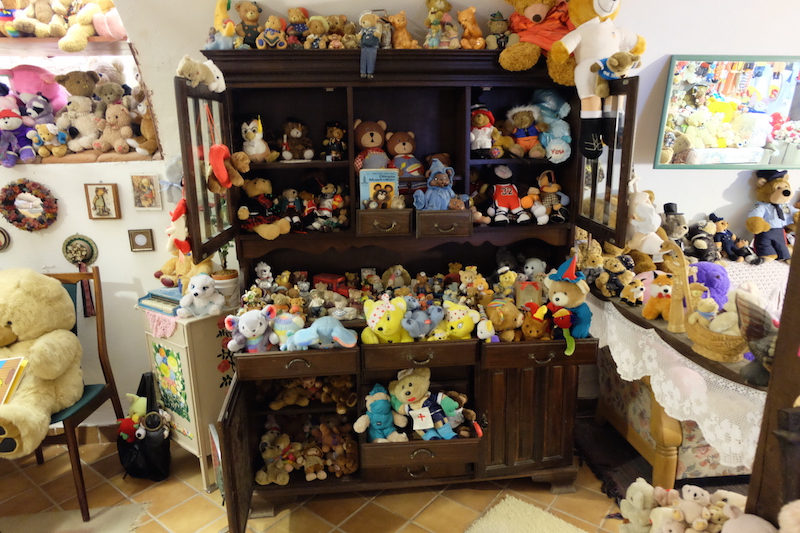 I am working on integrating ranch for accepting TCP connections. In my previous examples I used the default supervision tree under the :ranch application. Now I want my Listener/Acceptor/Handler stuff to sit under my supervision tree like this:

Only the ranch specific stuff stays under the :ranch tree:

This ranch doc gives hints about how to do that, but this has to be adapted to Elixir. First I need to create a supervisor spec with the help of :ranch.child_spec like this:

The next step is to add this into my supervision tree. In my case under Chatter:

I tried elixir-socket first and couldn’t get it working in an hour. There is no doc about the UDP multicast, so I started to dig into the code and realized that it is a convenience layer on top of gen_udp. What I found very disturbing is that the original Erlang keywords are mapped to similar looking, but different keywords. While gen_udp is documented, the magic in elixir-socket is not, so I decided to rather go with the gen_udp.

I used netcat as:

The interesting parts in the MulticastReceiver example are:

I only pick interesting parts of this topic and include references for the boring parts.

UDP multicast is an interesting animal, because declaring that I want to receive multicast messages impacts the link layer. This is in contrast with what we normally do with other UDP and TCP sockets when we don’t need to mess with the MAC addresses. (Plus I think, adding membership through setsockopt calls in the BSD socket API is pretty much of a hack.)

The multicast membership has a corresponding link layer address which has a special mapping. Let’s see how it looks:

In C this would be achieved by the setsockopt(socket, IPPROTO_ IP, IP_ ADD_MEMBERSHIP,…) call which is what Erlang calls at the end of the day.

The Erlang’s active role is a real gem. It allows us to choose between receiving the UDP messages as normal GenServer messages or we can explicitly call recv/2 or /3 to gather the messages. I think the former method fits the OTP way a lot better. This nicer way is the so called active mode.

If I am in passive mode, when using active: false then I would need to choose between either wait indefinitely with recv/2 or do an internal loop with recv/3 and pick a timeout for that. Both are bad because I need to take care of the incoming other messages/GenServer commands while I am waiting for the UDP messages in recv/[2,3].

Because of these complications I feel more natural to use active mode as opposed to active: false.

For the active mode I have multiple options:

I like this latter option most, because it allows a bounded number of messages to be enqueued in the Erlang message queue.

If you look at the example code above you can see that I used active: 10 to start with a 10 element buffer and I called :inet.setopts(socket, [active: 1]) in handle_info(…) to compensate for the message I just processed.

The gen_udp interface is pretty rough when bad arguments are passed to it. It barks a bad_arg and no explanation whatsoever. It doesn’t tell which argument is bad out of the 20 like possible ones. This is what I got most of the time when I used meh/elixir-socket. The rules are simple though:

These I guess is obvious if you have spent some time in the Erlang world. But I have not.

The best part of UDP multicast is that it sits between unicast and broadcast and allows selective reception of multicasted messages. At the same time I can shoot a single message to multiple hosts. Multicast also has limitations, like it may or may not work on WANs, because not all routers allow multicast. The multicast address you choose also has and impact on the message scope/TTL. It can be local, site only, global, etc… There is also a TTL field to limit how far the packet goes.

There are lots of good literature about UDP multicast. I recommend Unix Network Programming, Volume 1: The Sockets Networking API by W. Richard Stevens.

TCP by its nature is unicast. What we can do is to open as many TCP sockets as needed and send the broadcasted message on all these unicast channels in a loop. An improvement over this scenario is to delegate this broadcast job to multiple hosts, so in a lucky case the broadcast could take shorter time.

So this algorithm passed the message around in 4 steps rather than 8 as it could have been in a simple loop. The algorithm is simple, it only requires to pass distribution lists together with the messages and the nodes being able to split these lists into halves. The algorithm does O(log2 n) rounds, hence I call this logarithmic broadcast.

I think the logarithmic broadcast on a LAN could cause issues as the required bandwith grows exponentially in each round. The good news is that we have just discovered UDP broadcast, so we don’t need to go havoc on the LAN, but a single multicast would suffice for the local nodes.

I would like my broadcast to support multi data center setups and NATed subnets too. The best solution would be to use the logarithmic TCP broadcast across subnet boundaries and within the subnet I would stick to UDP multicast. I just need to figure out which nodes receive the multicast messages.

In each multicast round I would attach source information to the message which would have a Node ID plus a multicast sequence number. The receivers of the multicast messages would record these info and attach them to the outgoing messages, both on TCP and UDP multicast. The network would slowly learn which hosts reach each other on multicast and where we need TCP.

Since UDP messages are not reliable, I would randomly choose to force TCP conversation even if UDP multicast is available.

How do all these fit into scalesmall

The scalesmall experiment is about building up a distributed messaging platform from zero while maximizing the fun factor. This platform should be focusing on being optimal for small messages of less than 100 bytes on average. I have the ambitious goal of doing at least 1 million small messages per node reliably.

The first problem I want solve is how to form a group from a bunch of nodes. I came up with a message protocol in the previous episode, that I have implemented too.

I am currently working on the theory and implementation of passing the actual messages between nodes, hence this post is about the broadcast/multicast topics. So this is pretty much the beginning of an experimental gossip protocol.